Patents: Beyond the Basics (Part 1)

Patents: Beyond the Basics (Part 1) 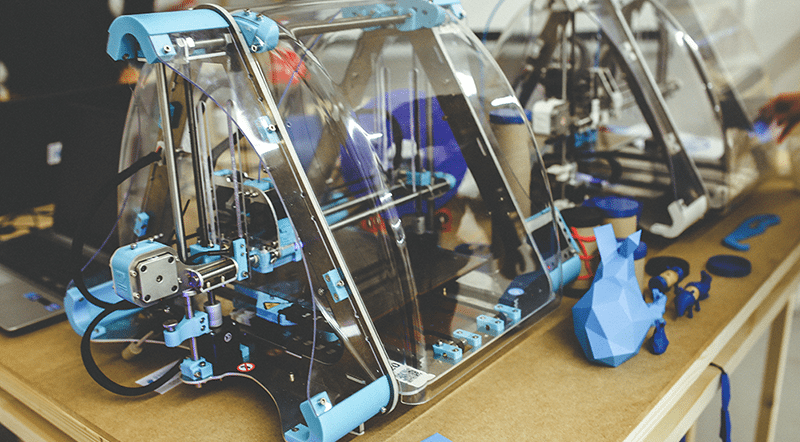 Q: To patent or not to patent… Should I opt for patent or trade secret protection?

A: These modes of protection, and the kinds of information or innovations they can protect, differ from each other in such fundamental ways that while this question is simple in form, and is important to ask, there is no definitive “right” answer. To get to an answer that best serves your company’s needs requires an understanding of how these modes of protection work differently from each other.

Trade secret protection is effective only when outsiders do not know what the trade secret is. Additionally, the owner of the trade secret can only take protective action against those who are connected to the owner in some way. For instance, there may be a direct legal relationship in which there is an obligation to maintain the secret. An owner might also take action against those who wrongfully obtain the information from the owner or from someone who is obliged to the owner to maintain the secret.

To maintain a trade secret, a company must require its employees to protect the secret (i.e., not disclose it to others). If an employee leaves the company to work for a competitor, the company may have rights it can enforce in relation to the employee to prevent disclosure of company secrets to the new employer. The company might also be able to take action against the new employer. However, trade secret protection will offer no protection against a competitor’s use of know-how it developed or acquired independently if a competitor develops the same information independently.

Currently, a company’s ability to protect its trade secrets is a matter of state law, but there is federal legislation in the works that might provide a nationwide enforcement mechanism for businesses to use to protect their trade secrets.

In contrast, a patented invention is never secret; the patent grant itself is a public document and, by law, the applicant must disclose a description of the protected invention in sufficient detail to enable others to use it. Thus, patenting an invention is a way of disclosing the invention to the world – the opposite of keeping it secret. However, in exchange for the disclosure, the patent owner receives the right to stop others from making, using and selling the invention it has revealed for up to 20 years or so, even against those who independently re-created the invention.

So, patent or trade secret? Sometimes, the choice is clear. If the innovation is the design of a mechanical device that will be revealed when the product is sold, the design cannot be held as a trade secret; a patent is the way to go. On the other hand, if the innovation is a manufacturing technique that cannot be reverse-engineered from the product, it might be protected as a trade secret or as a patent. Keep in mind, however, that the patent will reveal the process and it will be hard to know if competitors adopt it; a trade secret might be the better choice. Finally, patent protection is limited to statutory classes of inventions generally encompassing products and processes. Many valuable trade secrets — for instance, lists that identify customers or raw material suppliers — cannot be patented.

Q: When is the right time to file for a patent?

A: For an inventor to obtain an issued patent, his or her invention must be novel, non-obvious and useful. However, even when all of these conditions are met, a patent will not be granted if the patent application on which it was based was filed after the first public disclosure of the invention anywhere in the world. This is what is referred to as an “absolute novelty” requirement. The United States does provide for a one-year “grace period” for filing if the public disclosure had been made by the inventor himself. Nevertheless, because most inventors are also interested in seeking foreign patent protection, a patent application must be filed before the invention is disclosed publicly to avoid forfeiting one’s foreign rights.

A plethora of activities may qualify as a “public disclosure” and thus start the clock running on the inventor’s one-year grace period. Any of the following activities, if performed anywhere in the world, can be considered a public disclosure: publicly using the invention, offering it for sale, or describing it in a printed publication. The law defines “printed publication” broadly; virtually anything that is or was made available to the public by any means can constitute a printed publication. Think of disclosures made on the Internet via various social media channels, slide show presentations, conference posters or trade show displays. Any of these may constitute a public disclosure.

Therefore, before offering an invention for sale; approaching a potential customer, licensee or manufacturer with the invention; publishing an article about the invention; or promoting the invention via the Internet or in a public venue, you should file a U.S. patent application first. Otherwise, you risk losing the right to obtain a patent in the United States if the one-year grace period has elapsed. Moreover, any public disclosure made before filing a patent application may forfeit your ability to obtain patents outside the United States.

As a general rule, it is worthwhile to speak with your patent attorney before making any disclosures about your invention.

When two or more parties file patent applications claiming the same invention, the law awards the patent to the first party to file a patent application. If you are aware of others performing research in your technology area, consider promptly filing a patent application after you have a definite and firm idea of what your invention is as it will be carried out in practice. If another party beats you to the Patent Office, you could be out of luck.

Q: Does a patent give me the right to practice my invention? What is the difference between patentability and freedom-to-market?

A: Patentability relates to whether a claimed invention meets the statutory requirements of patent law (Title 35, U.S.C.) for utility, novelty and non-obviousness.

For some kinds of inventions, utility is practically a given. For others, however, particularly inventions that involve laws of nature, mathematical algorithms or business methods, recent U.S. Supreme Court decisions have made it challenging to determine whether some claims (issued or pending) satisfy the 35 U.S.C. § 101 requirement of statutory subject matter.

Novelty requirements are set forth in 35 U.S.C. § 102 and focus on whether the invention had been available to the public by others prior to the date a patent application was filed, or whether the inventor disclosed the invention more than a year prior to filing a patent application. For any particular invention, it is necessary to consider all of the pertinent facts and to read each part of Section 102 with care to be satisfied that all of the novelty requirements have, in fact, been met.

Contrary to popular belief, a patent gives its owner no affirmative right to practice the invention claimed in the patent. Instead, a patent gives the owner a right to exclude others – that is, a right to keep others from making, using, selling or offering to sell the claimed subject matter for a limited time. This limited time extends 20 years from the date the earliest patent application for that subject matter is filed.

At times, it seems an insult: “You’re kidding, right? The USPTO just awarded me, after two or three years of hard-fought prosecution, a shiny, new patent for my invention, and now you’re telling me I have no ability to practice it?” Think of a patent as a property deed that gives you the right to post a “No Trespassing” sign on your land.

Depending upon what others have been able to patent, your ability to practice your own patented invention may, in fact, be limited. Generally, if there is an unexpired patent with claims that dominate your claims, you may need a license from the owner of the dominant patent to practice your own improvement on that technology.

Suppose in 2012, Fred Flintstone invents the stone-age wheel and files a patent application. (Assume that wheels were unknown before 2012!) Fred claims: “1. A wheel.” Impressed, the USPTO grants the patent. Now suppose Barney Rubble, in 2013, invents and claims: “1. A ten-speed bicycle wheel with titanium alloy rims and styrene-butadiene rubber tires.” The USPTO grants the patent because Barney’s wheel improves on Fred’s rocky one.

Q: May Fred manufacture stone-age wheels without answering to Barney?
A: Yes, because Barney’s claim requires a ten-speed bicycle wheel.

Q: May Barney manufacture ten-speed bicycle wheels without Fred’s permission?
A: No, because Fred’s claim to “a wheel” covers any wheel, including Barney’s improved wheel; Fred’s patent effectively blocks Barney from making Barney’s own patented wheels.

Q: May Fred manufacture the ten-speed bicycle wheels without Barney’s permission?
A: No, because Barney’s claim covers them.

In the real world, both Fred and Barney may decide that the public will prefer ten-speed bicycle wheels rather than stone-age ones, so they reach a “cross-licensing” agreement under which each obtains rights under the other’s patents, and some money or other consideration is exchanged, if necessary, to balance the deal.

Interested in learning more? Check the Legal category on the Resources page of our website for the rest of the series. We’ll be releasing one installment each week for the next four weeks.

Patents can be complicated. The experts at #DilworthIP help you understand in part 1 of @CT_Innovate’s series: http://bit.ly/11CdYh8

You can access the rest of the installments of the “Patents Beyond the Basics” series here.

Special thanks to our Q&A Part 1 contributors from Dilworth IP: Frederick Spaeth, Esq., is a registered patent attorney and partner at Dilworth IP. Fred has been in private practice for more than 20 years helping clients protect and leverage their intellectual property through patent, trademark and copyright registrations, licensing, joint development agreements and a variety of other commercial transactions. Fred can be reached at fspaeth@dilworthip.com. 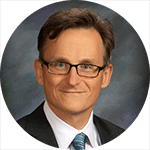 Michael P. Dilworth, Esq., is the founder and managing partner of Dilworth IP and is a registered patent attorney. Mike’s practice concentrates on patent and trademark prosecution; IP transactions and due diligence; litigation; post grant proceedings; licensing of intellectual property; portfolio management and counseling; and opinions including freedom to operate, infringement and validity opinions. He can be reached at mdilworth@dilworthip.com. Jonathan L. Schuchardt, Ph.D., is a registered patent attorney and partner at Dilworth IP. Prior to joining the firm in 2011, Jon was a senior patent counsel with LyondellBasell Industries and its predecessor companies. Jon began his career as a research chemist and transitioned to roles as a patent agent and patent attorney. Since 1990, he has drafted and prosecuted hundreds of patent applications and counseled clients on a variety of IP matters. Contact Jon at jschuchardt@dilworthip.com.